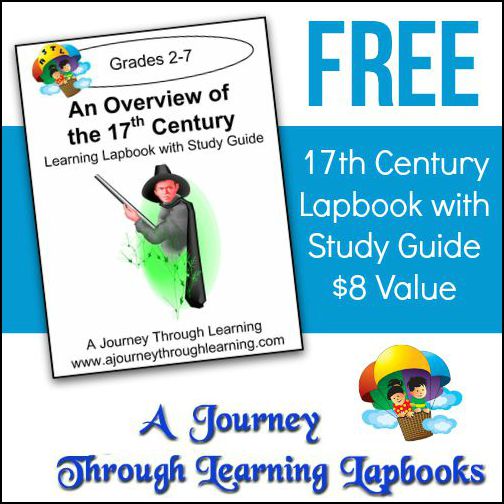 You can get this 17th Century Lapbook with Study Guide absolutely FREE when you subscribe to the A Journey Through Learning Newsletter.

Learn all about the beginning times of our country with this lapbook that covers many of the important events that occurred in the 17th century.

Comes with an easy to understand assembly and even a study guide!

All the latest recipes, homeschool tips, printables and more

All the latest recipes, homeschool tips, printables and more

Welcome to My Joy-Filled Life. My hope is that you will get inspiration for your home or homeschool here. Here you will find homeschool helps, parenting advice, thrifty living tips, activities for kids, recipes, and LOTS more!
3shares
3shares
COOKIES!! Unfortunately not the edible kind, but rather the kind that helps us offer you a safer browsing experience, analyze site traffic, personalize content, and serve targeted advertisements. If you continue to use this site we will assume that you are okay with us using cookies to collect information. Fine by meI need more info